So, what exactly is the Works Progress Administration, and why is the WPA so important to the history of archaeology in Kentucky?

Beginning in 1929 and lasting well into the late 1930s, the United States entered into what we now call the Great Depression. In order to create relief for citizens, President Roosevelt created several relief agencies under his “New Deal”, including the Federal Emergency Relief Administration, the Civil Works Administration, the Tennessee Valley Authority, and the Works Progress Administration. Each of these organizations played a role in southeastern archaeology, but it was the WPA that influenced what we know about the prehistoric inhabitants of Kentucky the most. 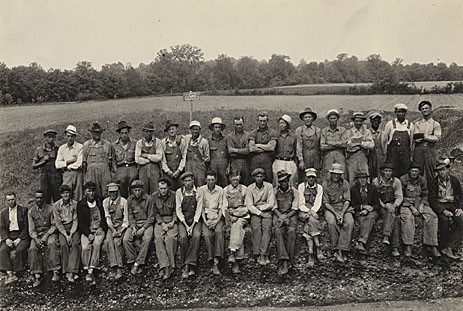 FUN FACT: The WPA spent $162 million in the state for improving highways, constructing new buildings, hiring writers and artists, and… of course, archaeology!1

The goal of the WPA was to create jobs, for those who were out of work, without creating new products to put on store shelves. Archaeology was ideal for these goals because it could use labor from large numbers of unskilled, out-of-work men: at times, it put a few handfuls of people all the way to a thousand people to work in the trenches (literally!). Using the WPA to put men and women to work also helped protect archaeological sites, and it is believed it helped cut down on looting and site destruction that was caused by people looking to sell artifacts. 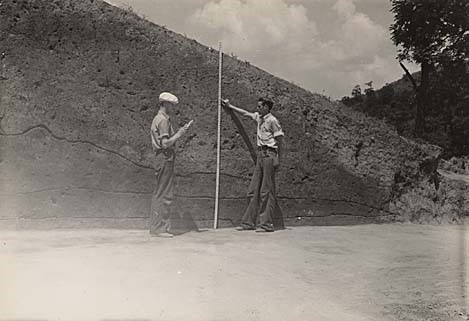 It wasn’t until 1937 that WPA projects began in Kentucky. Planning remained flexible so that excavation of sites could focus on places in the state where labor was available. William Haag would manage the Kentucky program on a salary of about $175 a month (this would equal almost $3,000 a month today based on inflation). 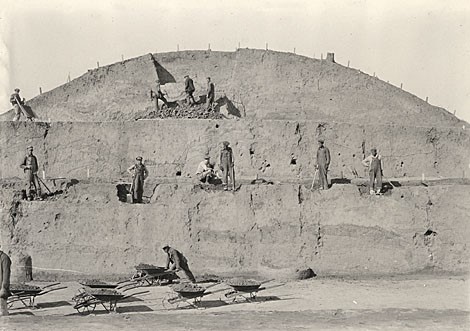 Sites excavated contained components that stretched from the Archaic (ca. 8,000 BC to 1,000 BC) all the way to Fort Ancient (ca. AD 1000 to AD 1750) and Mississippian (AD 800 AD to AD 1600) time periods. Large amounts of WPA resources in Kentucky were focused on the Archaic period sites along the Green River in West-Central Kentucky; however, they also took great interest in sites that belonged to the Adena culture, which was relatively unknown in the early 1930s. In fact, WPA archaeology recognized a classic Adena trait, that of the paired post-holes, which archaeologists still use in combination with artifacts to identify sites belonging to the Adena culture. Such “features” were important and are still important to archaeologists today, because although they aren’t things we can hold and bring back to the lab for study, they are things that help us interpret how people lived in the past in Kentucky. 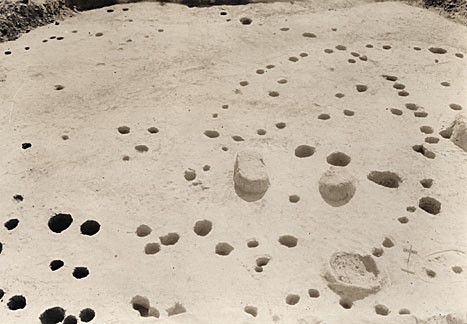 Head over the University of Tennessee’s McClung Museum to browse their collection of WPA archaeology photographs from Kentucky.

*This blog post contains a brief history of Kentucky Archaeology in the New Deal Era, and is based heavily on research found in the book “A New Deal for Southeastern Archaeology” by Edwin Lyon.