Even though we may not think about it much, we rely on plants for all sorts of things – our morning coffee, our cotton t-shirts, and much more. Plants provided an important source of food, medicine, fiber, and other necessities for humans in the past as well, and the study of these past plant-people relationships is known as paleoethnobotany. Based on the presence of nut shell fragments at archaeological sites, we know that nuts were a particularly important resource to Archaic period hunter-gatherers in prehistoric Kentucky and the surrounding region.

While black walnut, butternut, and acorn shell fragments are commonly found, and hazelnut and chestnut shell fragments are also sometimes recovered, hickory is by far the most abundant type of nutshell found at archaeological sites for this time. For example, at sites such as Carston Annis, Bowles, and Peter Cave in west-central Kentucky, 90% of the plant assemblages are comprised of hickory. Hickory nuts offer many benefits – they are a good source of dietary protein and fat, hickory trees often occur in stands, and the nuts are relatively easy to collect, process, and store. Some nuts such as acorn may have actually been used to the same extent as hickory, but unfortunately, their fragile shells do not preserve as well as the hard, thick shells of hickory nuts. However, other nuts such as butternut do not typically occur in stands and are more time-consuming to collect and process, so their low numbers are likely not just due to poor preservation. 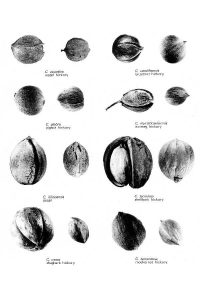 Although we know hickory were an important resource to Kentucky’s prehistoric hunter-gatherers, we don’t know all the details of how they prepared and/or stored them, but many ideas have been proposed based on various experiments combined with knowledge about historic Native American nut use. Nuts are available in the fall, and while they were likely consumed as a fresh food source during that time, they also potentially provided a source of storable sustenance for late winter and early spring when other food resources would be scarce. For example, the nuts can be easily parched to kill fungi, bacteria, and insects as well as to prevent germination during storage, and then processed and prepared on an on-needed basis. And although hickory can be eaten raw, it can also be boiled to produce an oil or crushed to produce a paste, which can then be used to prepare filling meals (see recipe below!). 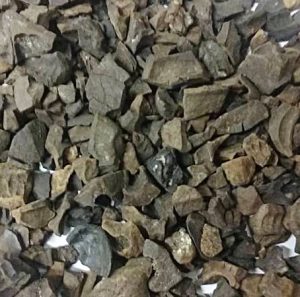 Archaic period hunter-gatherers may have even actively managed tree stands to increase their production. Some archaeologists have suggested that yields from stands in closed-canopy forest would potentially not produce enough to support a human population, because seed production may be proportional to leaf mass, and/or squirrels may have greater access to the nuts before they drop. However, by doing things such as selectively girdling low-producing trees to open the canopy, people could potentially maximize hickory nut yields of a given stand.

Other parts of hickory trees were also like utilized by the early inhabitants of Kentucky. For example, the Native American groups in historical times were known to use the inner bark for fibers used in baskets and chair bottoms, the wood for tool handles and arrow shafts, nutmeat oil mixed with bear grease as mosquito repellent, and various parts for a range of medicinal purposes. While we do not have much evidence that prehistoric inhabitants in Kentucky utilized hickory in these ways, it does open our mind to different possibilities of how they may have met various needs beyond that for food with this abundant and reliable resource. With the adoption of early cultigens such as sumpweed, goosefoot, and sunflower by the onset of the Early Woodland period, the reliance on nuts such as hickory decreased, although they continued to be an important resource to Native Americans into historical times, as did other parts of the hickory tree. 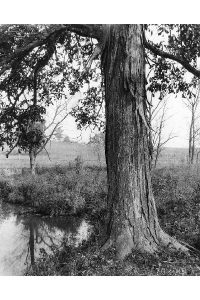 Kanuchi (Hickory Nut) Soup Recipe This is based on a traditional recipe of the Cherokee people, who once inhabited southeastern Kentucky. (Source: Cherokee.Org)